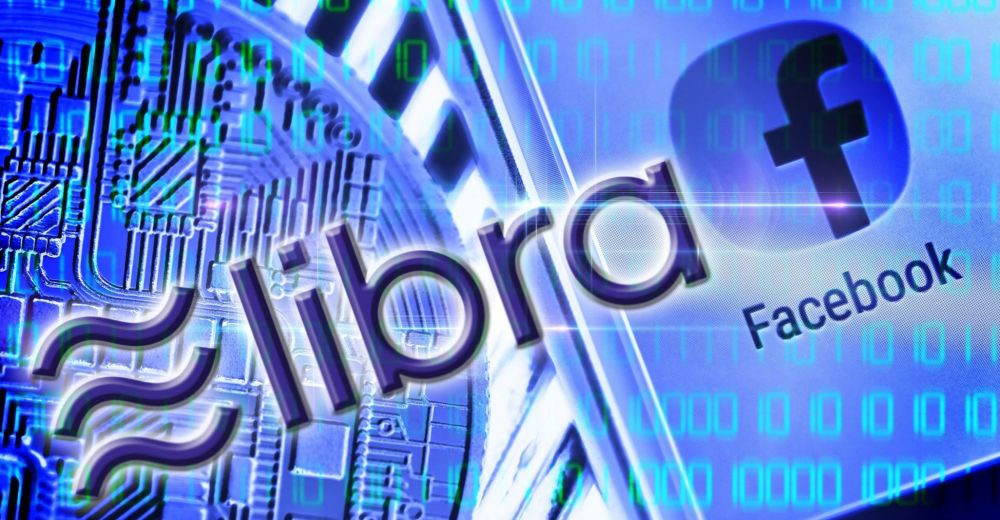 Facebook has 2.7bn users and 90mn companies operating on its various platforms. Perhaps more than any other non-state player, it has the resources, reach and data trove to launch a global currency. The networking and social media giant is also loathed by many critics, who accuse it of abusing its market dominance. Hence, it is notable that Facebook is leading an association of companies that will co-manage the new currency and payments system as partners. It is a less than reprehensible plan, but there is a mountain to climb if Libra is to emerge as a new form of money.

This report will focus on what Libra must do if it is to become a widely-used medium of exchange. It will not judge if Facebook and its Libra grouping can develop payment services like Paypal, Venmo or Wepay; it won’t address  whether Facebook will roll out rivals to Blackrock’s exchange traded funds or Alipay’s gigantic Chinese money market fund. With or without Libra being a success, Facebook could end up competing in all these areas—after all, none of the above providers have also created the holy grail of money.

What is certain is that if the new Libra were to be launched as a regular  investment product, it would bomb. It may resemble a money market fund, except that the manager bags all accrued interest and the investor gets stuck with any value changes. On this basis, Blackrock or Goldman Sachs would likely fancy their chances against Libra.

Libra is, in fact, competing with central banks. Its model is to issue new Libra units and buy interest-bearing government bills from markets such as the US, UK, Germany and Japan. The fact that it may first exchange Libras for dollars, euros and yen, before buying the instruments does not change the basic proposition. It is similar to a central bank that scoops up safe interest-bearing assets using money that it has created out of thin air.

However, becoming a quasi central bank without government support will be hard. Users must be convinced to use the new currency in preference to the “legal tender” required by government agencies for a range of transactions.

Barbarians at the gate

Libra’s backers may be able to persuade regulators that they offer the requisite consumer protections and safeguards. They may even be able to automate the reporting of all capital gains and losses for tax purposes. But this does not mean that governments will meekly accept competition in the currency game. After all, if demand for fiat money shifts to Libra, the value of “old money”, when measured in goods and services, will fall. To avoid an inflation spiral, the responsible central bank will have to contract the supply of fiat money to match the now reduced demand. This will mean the central bank shrinking its own balance sheet, and likely pressuring its member banks to do the same thing (via monetary policy tightening).

Governments will be unnerved by this squeezing of their central banks since seigniorage profits—earned by the central bank issuing money at little or no cost and buying interest-paying assets—usually flows into state coffers. In the case of Libra, this same “money for free” will get distributed to the 100 members of the Libra Association, and not to the government.

Central and commercial banks buy lots of local-currency debt, especially paper issued by their own governments. Libra’s backers will buy similar government paper as backing for its units. However, because this group has promised to diversify across trusted currencies and government issuers, it will end up holding less US government paper than traditional US banks.

Still, if Uncle Sam does not love the Libra idea, other governments are likely to hate it—especially those in developing economies since the Libra Association is not likely to buy much of their public debt.

Take India, which has a history of currency debasement from unruly inflation. Any capital flight out of Indian banks is likely to see the authorities quickly stamp on Libra. And how precisely will they block a crypto-currency? Easy. They will just tell Facebook, Uber, Visa, Mastercard and the rest of the Libra Association that unless they desist with this currency nuisance, their main businesses will be excluded from India’s burgeoning consumer market.

But will users want to use Libra?

Still, regulators aside, will Libra be attractive to users? After all, the basic point of any currency is that it must be desired not just by a few people, but by many. The race to become money is the ultimate winner-takes-all contest; it is the most marketable “good” in an economy—the one that can be most readily and reliably traded for other goods, services and assets.

In each country or currency block, one currency typically dominates—and it is almost always the one needed by people to pay taxes. For some, this is a core reason to be skeptical about bitcoin’s chances of ever becoming money. Using two currencies is always more hassle than just one. And since fiat currencies will remain a necessary holding, at least to pay taxes, Libra has to give users good reasons for the hassle it creates.

The Libra Association promises to (i) provide banking to the “unbanked”, and (ii) offer lower transaction costs and faster settlements. At this point, it is not clear why Libra will succeed where existing financial institutions have failed. Is it because of new tech and/or greater scale and global reach? Or will Libra allow users to cut corners on “know your customer” rules and so cut costs for banking services? If it is the latter, then regulators’ revenge could be swift.

A question of value

Even if it proves a poor store of value in the long run, money must have low volatility over the short to medium term and a small chance of suddenly collapsing. bitcoin has so far failed both tests. Its value is very volatile, and there is always the fear/hope that a better crypto-currency may come along leaving dawdlers with a worthless stash of digital tokens. For these reasons, bitcoin has had the characteristics of a great speculative asset, but has never progressed to becoming anything resembling money.

In contrast, US dollar cash, which has lost half its real value since 1990, has proved a fairly awful investment. Yet at the same time, the dollar has been good as “money” since its value has been stable in the short to medium term, and no collapses in value have occurred.

Near-term stability is key as it allows a currency to act as a standard of value and to facilitate price comparisons. For example, the user can compare the price paid on a good last week, with the price offered by someone else today. If the price of money is soaring or plunging week-to-week, or even year-to-year, then more stable money will be sought after.

So how does Libra do on my key money checklist? Better than bitcoin and bolivars. But arguably not as well as US dollars, euros or even rupees.

Since Libra is backed by short-term assets issued by reputable governments and central banks, it should not face the “greater fool” problem of holders hitting the exits in a panic. So long as assets in the Libra reserve do not collapse, then, unlike bitcoin, it should weather market vicissitudes.

There is always a chance that Libra’s corporate backers get greedy by buying higher-yielding assets that have the potential to implode in the manner of sub-prime mortgage assets in 2008. After all, it is this group which earns the income, so arguably there is an agency-type problem. Still, at the outset, the Libra will be backed by assets that should be safe and liquid. Hence, there are reasons to treat it as credible.

Libra’s backing means it should not suffer price volatility like bitcoin, but it is likely to be more changeable than most fiat currencies. For starters, a diversified asset base does not ensure price stability in real-term. Libra’s backers plan to anchor it to a basket of major currencies, like the International Monetary Fund’s quasi-currency, the Special Drawing Rights. The SDR’s problem is that it has proven more volatile than individual fiat currencies.

Price variations in US dollar cash are captured by the US CPI, which measures the prices of US consumer goods and services in US dollar terms. Since 1990, its annual variations have been between 0% and 5%, and the number has often been close to the Federal Reserve’s target of 2%. This has made price comparisons and economic calculations in US dollars fairly easy. Hence, dollars have made for decently good money.

By contrast, a US consumer who chose to diversify his or her cash holdings and use SDRs as money would have experienced much larger fluctuations in the real value of their money. SDR inflation rates (repricing the US CPI in SDR) have since 1990 regularly fluctuated between -10% and 10%.

Perhaps more surprisingly, Libra may offer no stability advantages over major developing economies. When investors do the same test for India—perhaps the biggest potential market for Libra—a similar picture emerges. The SDR may have held its value better than the rupee in the long run, but as already noted that is not the main thing with money. Even the rupee has displayed less price volatility than the SDR (see second pane of the chart below).

The relative stability of local currency versus the SDR shows that most central banks have been pretty good at targeting low and steady inflation—at least since 1990. When foreign monetary policy is imported, as in the case of SDR usage, the consumer must accept more volatile prices. As a real world example, Hong Kong’s CPI is more volatile than most countries, in part because it imports US monetary policy—which has been set to achieve stable US consumer prices, not stable Hong Kong consumer prices. Hong Kong people accept higher price volatility because they have to. The Hong Kong dollar is the fiat currency that is effectively imposed on the population by the government. By contrast, the Libra Association is asking consumers to willingly adopt a more volatile currency.

So given these dynamics, will prices be set in Libra? Probably not during the adoption phase, and perhaps not ever. As the service is rolled out, vendors like Uber will likely quote two prices when showing a fare—the local fiat price, and a Libra price which is a conversion of a fiat price.

Even if only Libra prices are quoted, this is likely to be a conversion of an internally set fiat price. After all, companies will still have fiat-denominated costs for the foreseeable future (taxes at least). So long as the Libra price is a conversion of fiat prices, it is likely to fluctuate more like the SDR price index shown above than the relatively stable fiat price indexes shown.

Hence, if governments do not shut down a competitor to their own “legal tender”, it is not clear that Libra will be attractive to users given the hassle of handling multiple currencies, paying capital gains taxes on all transactions, and dealing in an inherently more volatile currency. So why bother with Libra? We worry that users and governments may not.