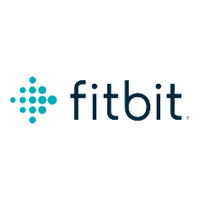 Fitbit is trading at all-time new lows after reporting their second quarter earnings earlier this week. Their earnings (really their losses were higher than expected) fell short of expectations and they cut back on their full year revenue guidance.  It appears Fitbit a lot of their hope into the Versa Lite smartwatch.

CFO Ron Kisling quantified how badly the Versa Lite underperformed, saying, “What we’re seeing generally across the course of the year in our guidance was Versa Lite over $150 million below what our initial expectations were.”

Five months ago, I talked about how the chart was suggestion price was heading lower to the weekly demand at $4.50

Needless to say the stock has now breached the weekly demand zone after earnings.

Unless, Fitbit finds another niche for its products, just like Garmin International moved away from just a GPS screen in your car, the chart suggests Fitbit is headed to $1, with a final stop of getting delisted from Nasdaq.