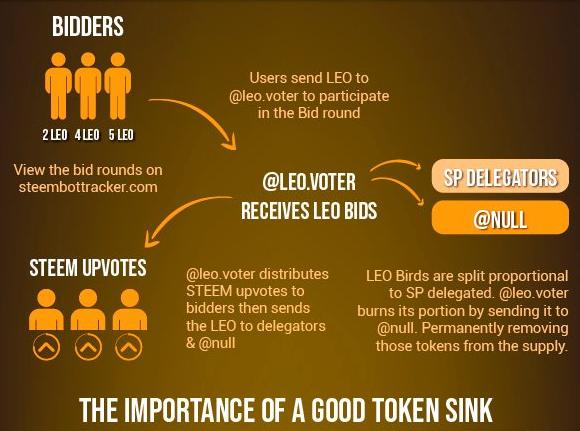 I confess I am not really in favor of the Bid Bots…well, to tell you the true, I only see one GOOD Bid BOT which is @isotonic which was created by me in order to fund the @runningproject initiative…

However, after reading this post “Introducing the Leo Bid Bot Sink!” I have decided to delegate some SP to the @leo.voter .

@leo.voter is another type of Bid Bot, but unlike the traditional Bid Bots at steem, It receives bids in LEO tokens and then distributes those tokens to SP delegators while simultaneously burning it’s proportion so, when you use this bot, you are Burning Leo Tokens essentially, and it is good because you create SCARCITY.

If you combine scarcity and demand the result is always a WIN-WIN.

I think @steemleo is doing a great and innovative work at the steem blockchain and I like the way they are evolving by introducing new revolutionary ideas.

Now, let me test how @leo.voter works so, I am going to send a couple of “scarcy” LEO token to the bot in order to see how much I get back.

I will report later on.