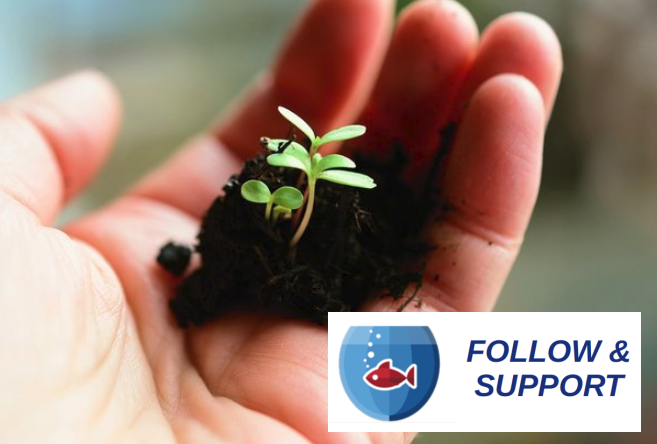 Another stagnant-price week = Another Good Chance for building your account on the Steem blockchain.

No one likes to see our beloved blockchain losing places at the coinmarketcap list week after week. We have touched the 77th position this week and we are now at the 74th, hope we have touched the bottom… What is clear is that still there are so much Liquid Steem in the Exchanges but I think the increasing trend is decelerating a little, I guess that the reductions on withdrawals to exchanges by @steemit this week is helping a little.

However, as I said in the first paragraph, I remember many people complaining about how expensive was to buy Steem at the time it was costing 4, 5 or 6 USD each, and many of them were almost hoping to see a lower steem price in order to buy and compound/build their accounts.

Ok, so the good time for buying STEEM is NOW.

Despite the current correction of the Crypto Market, BITCOIN is growing, scaling in price, recovering its dominance.

Altcoins, as STEEM, are struggling behind because now, what people is looking at is mainly how to accumulate BITCOIN instead, anyway if for doing so they will lost their investment in other crypto projects…as ours.

What too many people is forgetting when doing this is that once BITCOIN will stabilize its dominance, the transference period will arrive and so, those who have been building their accounts day by day will have their prize…

And then, we will read and hear again people complaining about “how expensive will be to build their Steem account at the current prices” and “what a pity I did not invest 150$ to become a minnow when Steem was so cheap…”

Believe me, that will happen again.

Don’t look for better Social Related Blockchains, STEEM is the one and only. The development is higher here, the communities are stronger and the level of decentralization, despite not being perfect, is also good.

For me there are three important words in order to self-success at the STEEM blockchain:

Probably, the most important is ENGAGING but the combination with the other 2, INVESTING and COMPOUNDING, makes as a result the SUCCESS in the platform.

@javirid has already crossed the line of “MINNOW HOOD” a few days ago, I am super happy for him. Additionally, he has revealed this week the project on which @javirid is working on. He has not explained it in detail but it seems to be an Steem-based dapp in order to provide an interface of @dsound application . As I said many times before, this guy deserves to be supported and followed because besides being a good developer, he has a clear thinking and very interesting opinions about any topic, from politics to Blockchain technology.

@anaclark stole my heart a few weeks ago… however, she stopped writing for a while a few weeks ago, but now she is back fully motivated and willing to understand as much as possible about our Blockchain. I would recommend you to read this post and this post from her which are very interesting. She is starting to understand how the Steem Blockchain works so she is posting questions openly about SP, SBD, Power up/down, rewards… I think she is already hooked by the project (LoL).

Besides the @steembasicincome share I am going to delegate some SP to her, just to give her some release in terms of Resource Credits “maneuverability”.

@mrhill , another guy who deserves more attention. He is really progressing very fast and also has received a delegation recently from @grider123 . He has wrote an amazing post about “COMPOUNDING SP” with some interesting experiences in.

All in all, they represent really good candidates for the #tenKminnows@steevc initiative,