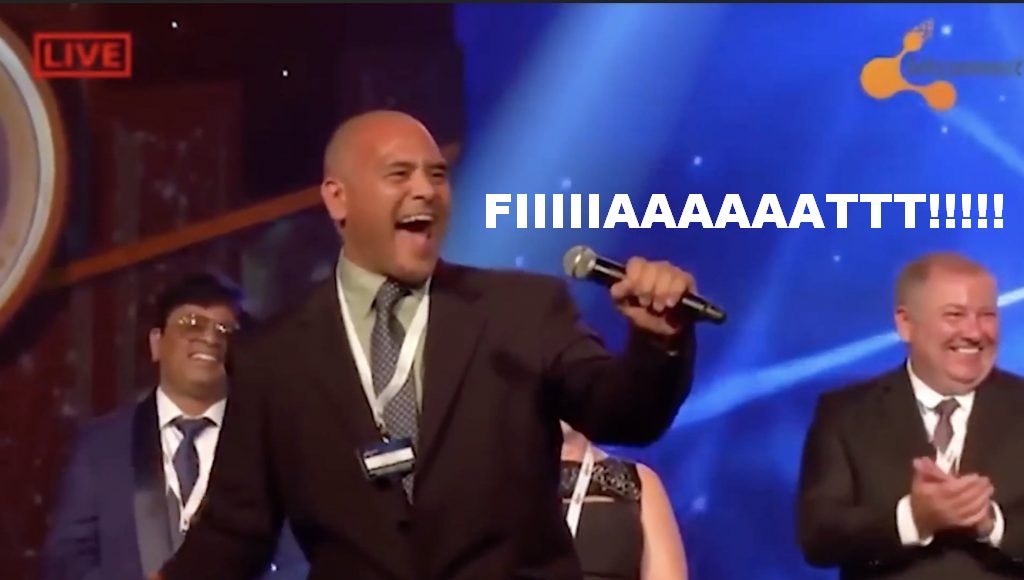 I can see that I’m going to have to type this quickly.

Yesterday we looked at the market cycles of traditional markets. In truth, I didn’t really look at the cycles per se, rather I pointed out that the future nature of long-term cycles has become unpredictable. Thus to assume that they will continue as normal would be a mistake. Basically I pointed out that an upset was looming.

Part Two – the market cycles of Bitcoin and the altcoins

If you think that tracking the cycles of the regular markets is tricky, then you must see just how tricky it is to track Bitcoin!

I have already stated that mistakes are made when analysing Bitcoin cycles. I firmly believe that the large majority of analysts with their 4-year Bitcoin cycles based on halving events are talking utter rubbish! We’ve just gone through a Litecoin halving event, did you notice the change? No? Nor did anybody else for that matter. In fairness, you could say that the big bullish climb comes some time after the halving event – and you would be right – but you would be dead wrong if you thought that it was because of the halving event. I have debunked this halving cycles hype nonsense in some detail – take a look:

Bitcoin is cyclic. It does follow repetitive patterns at the macro and micro scales. We know that, we’ve seen them.

WE DO NOT YET HAVE THE ABILITY TO PREDICT THOSE CYCLES WITH ANY DEGREE OF ACCURACY!

Some of the reasons were mentioned in the halving posts linked to above. From a technical analysis perspective – we simply do not possess sufficient reliable data. It will make it simpler to explain if I illustrate this graphically:

You CAN NOT trust the information of a time when Bitcoin sold for $100 a coin. The market was TINY! Every significant buy or sell had the power to skew the charts radically – giving a false perception of market conditions and manipulating it (intentionally or not) to an enormous degrees. There were simply not enough people trading Bitcoin at the time, with the result that general trading could not smooth out anomalies. The problem compounds as you move back in time: the sub-$50 Bitcoin of early 2013, the sub-$10 Bitcoin of 2012, the sub-$1 Bitcoin of 2011. The anomalies thus reflect on the charts of the time and make them unusable.

I normally cite mid-2013 as my cut-off point after which data becomes usable. It’s a thumb-suck on my part, but it’s an “educated thumb-suck”. Taking an average over time does work, but only when there is sufficient data. Pre-2013 data is insufficient to create a meaningful average!

That leaves us with only about six years of usable data.

And from THAT alone you want to deduce market cycles? I’ll have some of what you’re smoking thanks!

Anyone who claims that they can do so is either:

This is about the best you can do under the circumstances:

That’s the kind of chart which I have been showing in my long-term posts for well over a year now. From a TA point of view, you really can’t do much more than that when looking long-term. We SEEM to have some sort of channel or trend with a fairly firm baseline and parallel market peaks. We don’t have enough of them to predict the timing of the next peak, or how smaller bull/bear runs may behave within the confines of the channel. We don’t know if the channel should curve, or even which way it should curve. Yes I have seen the downwards curving charts based on data that goes back to 2010. No, I don’t agree with them (the trend may curve downwards later, but the data they are using to show that already is wrong to use in that fashion) – see above.

For this reason I turn to fundamentals when making long-term BTC predictions. I’m not going to break the market down in fundamental terms now, that would take days. Instead, I’m going to tell you what I foresee from a fundamental point of view.

I believe that the rough baseline you see above will continue to be followed in its upwards direction. Importantly, I believe that the BTC capitulation of late 2018 did NOT end due to the return of bullish sentiment, but rather because it crossed into critically oversold territory (reaching and possibly breaking through the baseline). I believe that price was bought back up to where it should be (in around April of this year), that the buying was largely interpreted as a bull run, and that it then caused some hype – which is why BTC ran up to $13k before stagnating. I believe that price will continue to fall slowly until the baseline is once again approached, this is because (as I said earlier) bullish sentiment has NOT returned yet! (That’s also why my own BTC buy orders are sitting in the $8000s.)

To put it another way: I think that the baseline represents the adoption of BTC. As more people adopt it, so demand pressure on price increases and value derived from Metcalfe’s Law (which deals with the size of a network) is reflected on the charts. Any dip below that baseline becomes unsustainable. Thus price is forced upwards by organic growth.

When bulls take charge, then price shifts Northwards of this baseline. When that will happen and for how long are questions that we can not yet answer – we do not have that data or sufficient prior data to extrapolate from.

Which brings us back to the traditional market cycles. If fiat systems were to collapse today, would BTC be ready to pick up the load? I often doubt it…

I may be wrong to do so.

Recent catastrophic fiat-crisis events in Greece, Turkey, Zimbabwe and Venezuela have shown us that a population is capable of VERY RAPIDLY turning to BTC in times of crisis. BTC may not rival gold as a legitimate store of value YET, but its benefits over gold become obvious when you need to procure a lot of it quickly! Argentina is showing us that right now – as they also join the group of nations whose fiat currency is no longer trusted by their people. I honestly believe that the demise of ALL fiat is inevitable, as human beings we simply can not be trusted not to exploit a system which is so easily corruptible, the temptation will always be too great. It only takes one greedy person to ruin it for everybody!

I know that the mindset shift is a big one. When things are going well – which is basically the ONLY way that those who have grown up in First World countries are familiar with – then it is very difficult to justify not trusting your fiat and swapping it into “riskier” assets. You don’t know how good you’ve had it…

But when your country/currency suddenly becomes chaotic, then you very quickly realise that it is in fact your FIAT which has no value and it is your fiat which is the riskiest asset of all!

Let me put it to you like this: if the global economy crashes tomorrow, people will pour into Bitcoin. If the global economy crashes next year or three years down the line, people will pour into Bitcoin even quicker. Once they pour in, they won’t pour out again. Bitcoin will get a chance to prove itself globally, and the end of fiat dominance will be a fait accompli.

Before I end this…

That’s all I needed to say today. Don’t worry about the cycles too much – because nobody knows what they will do next. When the world needs it, Bitcoin will be ready and waiting.

Oh, one more thing: you didn’t think that I had forgotten the altcoins did you?

If you have been following this post so far, then you will know why the altcoins continue to perform poorly this year: no bull run yet. (Ah! It all makes sense now, doesn’t it?) Altcoins run when sentiment is high. They are the spillover of funds destined for BTC, but looking for better returns offered by lower market cap investments. When BTC does run, the altcoins will run too – faster than BTC. But as long as sentiment is low, altcoins will stay low. Take a look around, the crypto blogs are DEAD! Even I am struggling to remain motivated as a blogger, I’ve been focusing much of my attention elsewhere lately.

Sentiment is down. The bull run has yet to come. Altcoins will follow BTC when it does. That’s the altcoin “cycle” – do whatever BTC does – only more so, and with a slight delay.

Remember that not all altcoins are equal. We can expect the good ones to do well. We can expect dead ones to stay dead. We can expect new ones to get hype which they do not deserve. Shop carefully! My advice is still to go and find the good projects which have survived the altcoin winter – and invest in them. They are far cheaper than new projects, and they have proven staying power. There are FANTASTIC deals out there TODAY!

…not that cycles have an end…