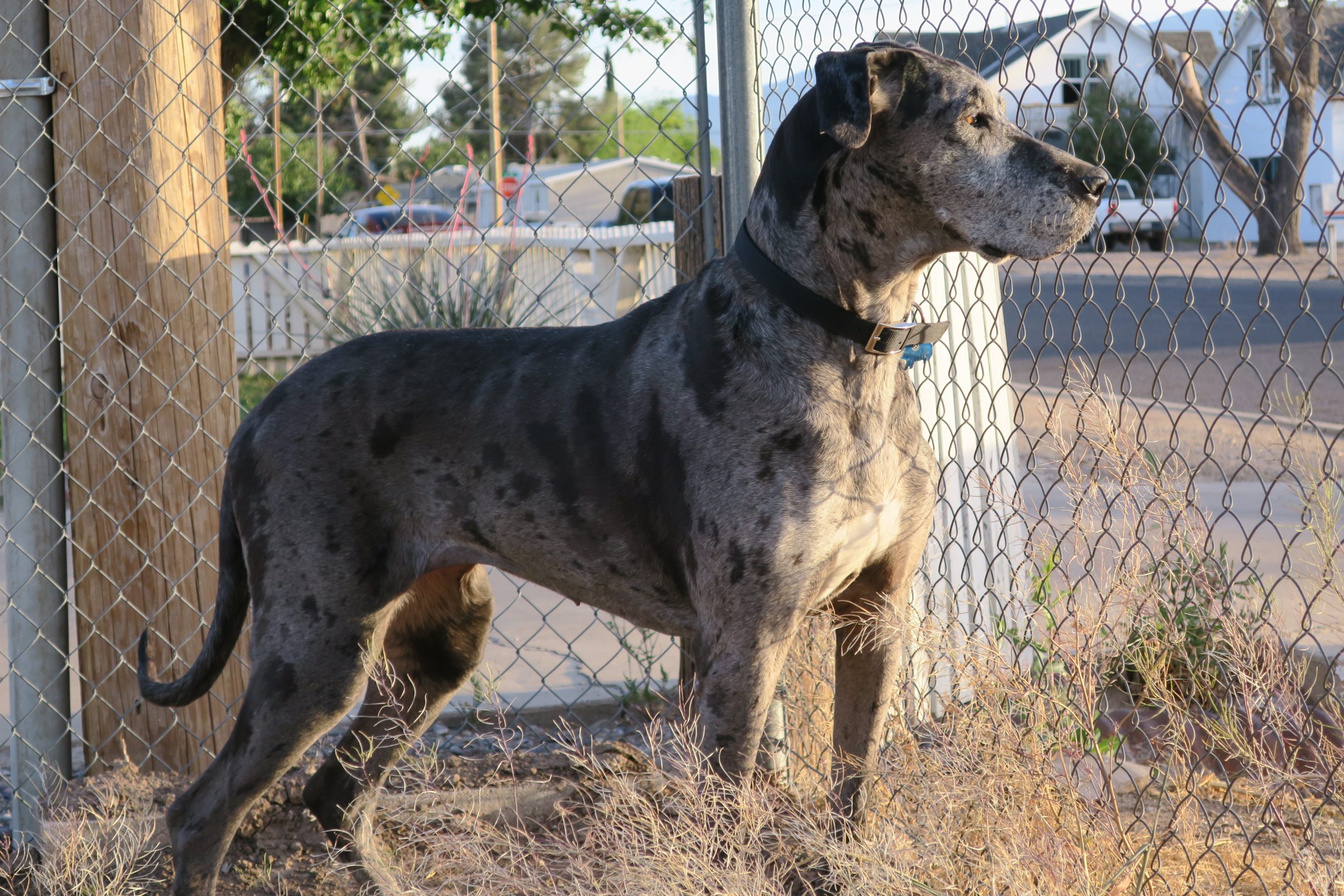 The relationship between man and dog can be a powerful one, perhaps strangely so. They get into our hearts in a very significant way that, in some ways, is almost akin to close personal relationships. 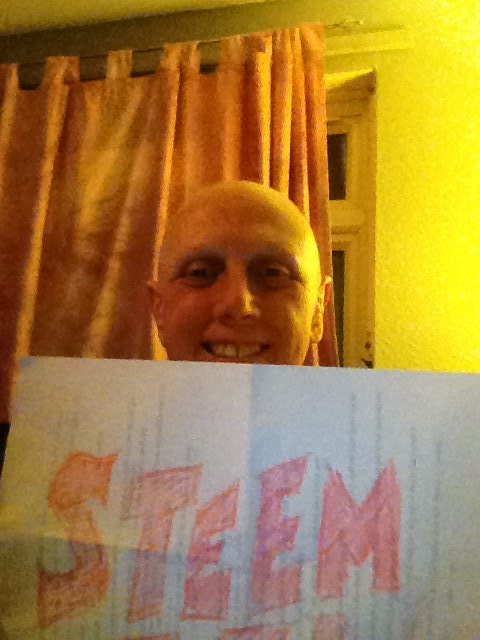 @suziverse is a poet and writer who wants to share her story with you in the hope of helping others on similar journey’s. please support her.

Please click on the links below and support her posts. Thank you 🙂

Any revenue raised from this post will be sent to @suziverse.

There are times in life when you are resigned to a probable, or even inevitable, outcome. But sometimes the seemingly imminent is postponed. Sometimes Providence smiles on you in the midst of apparent heartbreak, offering grace.

Are you leaving me, sweetheart?

Thinking it was over

Ol’ Joogsie’s heart isn’t what it used to be. In a bank of blood tests recently, the kind Dra. Alejandra marveled at how healthy she is. All her organs are functioning perfectly, except one.

Large dogs tend to have a few issues. Two main ones are heart troubles and joint issues.

They Always Die Too Young

That’s just the way it is with our canine friends. Even if they live to be 20, it’s too short.

For Great Danes, because they’re so large, the life expectancy is only about six to eight years. It’s way too short, in our eyes. They become such close friends. And anyone who’s had a Great Dane knows how they can worm their way into your hearts. They’re such intelligent, affectionate and gentle giants.

Joogsie is approaching 11 years now. I shared some updates not long ago about how her second surgery had taken a toll on her. That’s life. And we’re grateful that we could prolong hers. She seems happy, though her comfort and vigor are clearly deteriorating quickly.

Prior to that last surgery, around October, she showed little sign of significant deterioration. We never saw a limp, though she did have a strange cough sometimes. Since then she’s started to limp often, mostly favoring her shoulder. And we learned that the cough was from an enlarged heart.

And, until today, I relented. Sometimes I try to sneak out, so she doesn’t feel left behind. Sometimes she’s waiting for me when I return. Other times I pull it off. But, if she sees me and heads to the gate, ears perked and clearly itching to go, my heart just melts for her and I give in, knowing that it could someday be hard on her.

Please God, not yet.

We have a trail we like to take across a field between here and the beach. The beach is too far and across a highway. But this field is just right, only about a half kilometer from the house and with ample space for Joogsie to explore. Just yesterday we explored the field leisurely together.

But on weekdays I push. My bones aren’t getting any younger either and I’ve let my mass outpace my stature, if you know what I mean. So I’m on better foods and some vigorous exercise. That means that when I take these walks, I set a quick pace. It’s downhill on the way out, then a pretty good incline on the way back. You can kind of get an idea from the picture.

For about 70 meters or so, toward the top of the incline, I run. Joogsie usually trots along with me, but sometimes she gets into it and runs ahead.

It always leaves her quite winded. But I simply don’t think she’d have it any other way. Well, after today, I’m afraid that won’t be happening again.

As we reached the top, her a few paces in front of me, we turned on our dirt road to head the last 100 meters to the gate. There’s a dog there on the corner that always comes and barks at us. Sometimes Joogsie runs the fence with it, but usually she just kinda ignores the loudmouth. Danes are sometimes like that. Some think it’s arrogance. I think it’s just that they don’t care about such silliness.

About 10 meters are so down the road, I glanced over at the barker, then turned back to see Joogsie flop over on her side. At first I thought she somehow stumbled, which was odd enough. But then I saw her legs move to try to get up and I knew it was something more. She sort of flailed a bit with her back arched, then stopped moving.

As the Urine Flowed, I Knew it Was Over

It’s one of those things we don’t really talk about much, but we all know it to be true. When the life is gone, the urine and excrement are released. It’s unpleasant. And the reality of it has no respect for title or station. There is no dignity in it. It just is.

As I ran to her and reached down to cradle her head, I saw the urine flow freely. I could tell there was still a little life to her, but it seemed to be leaving quickly.

What could I do?

There’s little to do. I stroked her face and watched as her eyes closed. I looked back at her body to see if there was movement – a heartbeat – a breath. There seemed to be some erratic movement, but it was all so fast.

As I stroked her beautiful face, I asked, sort of pleadingly, “Are you leaving me, sweetheart?” I don’t know if I prayed before or after. But somewhere along there I asked God that it wouldn’t be now, not yet – that I’d have more time with her.

I don’t know how long I was there holding her head and petting her. I felt so helpless. Well, I was so helpless.

And I was resigned. We’ve had a good run together. I couldn’t be more happy with or grateful for this ol’ girl. She’s seen two oceans, at least a dozen states and two countries on two different continents with me. She’s been by my side through some of the most difficult struggles in my life. If it was time, then that’s just part of life and I know enough to be grateful for what we’ve had. Anything more is grace.

As I said, I really don’t know how much time lapsed. But I do recall seeing a mother and daughter watching us from the distance. And I looked back at Joogsie’s body, giving it a loving stroke while holding her head.

Then I looked up at her face and was shocked.

Another one of those memorable moments when something seems wrong.

Her eye was open.

Was it open because she was gone? That doesn’t make sense since she had closed her eyes. Then she looked at me and started panting. Wow! Did she ever start panting.

As I thanked God for His grace (don’t forget to thank God), the mother and daughter came walking over. Communication was tough. Their English was worse than my Spanish, and my Spanish really sucks. But she offered to get water and tried to ask what was wrong.

We just tried to talk a little for a bit, me holding Joogsie’s head and wondering what to do. I am strong enough to carry her 125 pounds, but not without considerable effort. And getting a limp dog off the ground is a whole lot harder than picking one up that’s already standing.

After a few moments, I stood up to see what she would do. And you know what? She just got right up and headed over to the girl to say “hi”. She was back! And she figured that girl and her mom were there just for her.

Wifey knew something was wrong, so it must have been more than a few minutes. I really couldn’t say. It seemed like 30 seconds and 30 minutes at the same time, if you know what I mean. But she asked what was wrong when I walked in. Maybe she could see it on my face. After over 30 years together, you start to pick up on a few things.

I told her that I thought we’d lost our girl. As I explained it, we just held each other. We know it’s her dusk, but it’s still hard and a sad chapter to consider closing in our lives.

Joogsie seems unaware of it all. We got home and she drank a few gallons of water before flopping over in the shade. Now that she’s rested and cooled off, she’s laying in one of her favorite places, in the grass just outside my office. It’s a great setting and I really love to see her out there enjoying the sunshine.

Many of you have followed along as I’ve shared about this pup that’s stolen my heart. We’ve had lots of dogs, but this is the closest I’ve been to one. It’s also been interesting to have so many people, many whom I don’t know, ask me how Joogsie is doing. Thank you.

We had a good scare. And there will be no more runs with the ol’ girl. But God was gracious and granted us some more time.

As for how Joogsie is doing now, I think this picture answers fairly well.

It kind of says it all, doesn’t it? When she goes, I hope it’s as quick as it seemed to be happening today. I hope I’m there. I hope I can hold her.

But, for now, I get to be grateful for another day with my dear canine friend – my Joogsie.

Thanks for reading along. And thanks to those who ask about her. It really warms my heart.