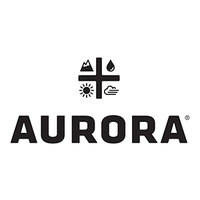 The Four Horsemen of
Cannabis, Canopy Growth, Tilray, Cronos, and Aurora Cannabis announced earnings
this past week.  The end result was all
four companies announced dismal results. What was once one of the hottest
sectors a year ago, has now burned up in the smoke.   Valuation
just got way ahead of the reality. At one point, Tilray was more valuable than
50% of the companies on the S&P 500…that’s just crazy.

One of the biggest reasons is a supply shortage, as a lot of Canadian growers waited too long to expand their capacity. There’s also the issue of cultivation and processing application backlogs, as well as high tax rates in the U.S. and a significant delay in the launch of the derivatives market (derivatives are products like edibles, vape pods, and infused beverages. Plus, there’s the regulatory and accounting issues that have left investors cold.

Aurora Cannabis Inc. produces and distributes medical cannabis products in Canada and internationally. The company has one of the broadest international footprints, with operations in 24 countries and production capacity that may exceed 700,000 kilograms per year at peak.  But this past Friday, Aurora shares fall the most in five years when they announced disappointing numbers and said they were cancelling or delaying plans for multiple further facilities.  Nine analysts cut their price targets on the stock after the earnings announcement, with the lowest price target being $2.80.

What would help the industry
out a lot is making cannabis legal on the federal level in the US.  If and when this happens, you will see financial
institutions flood the industry with capital.
At the moment most companies in the industry are cash strapped.  It’s why Aurora converted C$155 million in
debt into shares as it seeks to conserve cash.
But many private companies aren’t in the same position Aurora is in.  For example, many companies had to resort to
buying their storefronts because landlords weren’t willing to rent them the
space. So with banks not giving these companies the time and day, with the
equity markets drying up, these companies are being forced to sell off their
assets…their real estate.

What would also help get
more capital into the industry is the passing of the SAFE Banking Act.

Aurora’s future remains bright nevertheless.  In December when President Trump signed the Farm Bill into law to legalize the production and sale of hemp and cannabidiol (CBD) derived from the hemp plant.  Aurora will be a significant player in the U.S. as it make inroads into the U.S. hemp CBD market.

Also, Aurora will be the
top cannabis company in the fast-growing European cannabis market. Aurora
already ranks as the leader in Germany, the most important European medical
cannabis market.  In addition, it’s acquisition
of Agropro, the largest organic hemp producer in Europe, and Borelas, another
European hemp producer and processor, sets the company up for success over the
next ten years.

Thus, at these depressed prices, if Aurora is priced at fair value, the market suggest to go long at the monthly demand at $2.00.