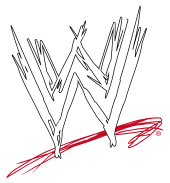 Along with watching the kung fu movies on Sat. it was all about watching wrestling on TV as well.  My era of wrestlers didn’t involve WWE superstar, John Cena, and his signature “you can’t see me” hand gesture.  Nor did I ever see Dwayne “The Rock” Johnson wrestle.  The only screen I ever see Dwayne on are the moving screen.  My era involved André the Giant and Hulk Hogan.  The rivalry that had is perhaps is one of the most important in professional wrestling history.

Andre the Giant’s real name was André René Roussimoff who also happen to be a French actor as well.  But his wrestling name was so fitting.  By the time Andre was 12, he was already 6 foot 3 and 240 lbs and later grew to 7 foot 4 and 540 lbs.

Terry Gene Bollea aka Hulk Hogan, was the Man.  He was the face of the WWE back then and is one the most popular professional wrestlers of all-time. However, I never got the pleasure to play his video game, Hulk Hogan’s Main Event.

Then I grew up and found out the WWE doesn’t exist to really entertain us, it’s about making money.  If you had held the stock in the last five years, well you would be up about 400% with EPS growth of 45% per year the last three years.  But if you still hold the stock, well you would be down about 30% since April.  The decline in the stock in recent months is largely due to declines in their viewership.  For example, SmackDown TV ratings declined 13% in the first quarter 2019 and the average attendance at WWE’s live events across North America fell 4% in June.

However, with the company’s third-quarter earnings report less than a week away, analysts remain bullish on WWE’s longer-term outlook.

Swinburne said WWE has simply been struggling to meet high expectations in the past two quarters, but he said little has changed about the company’s fundamental outlook.

“Expectations aside, WWE continues to offer exposure to an asset with unique IP, rapidly growing revenues and FCF, and now at its lowest multiple since late ’17,” he wrote in a note.

Morgan Stanley is forecasting high single-digit EBITDA growth for WWE through 2025, and Swinburne said the 2019 sell-off is a buying opportunity.

And the Smart Money is taking notice because today I noticed bullish buying in the January $75 call options where they bought over 6,000 contracts.

At the moment, the momentum is to the downside, but limit. With three months before these contracts expire, there is plenty of time for momentum to reverse…and the catalyst could be when WWE announces earnings next week.