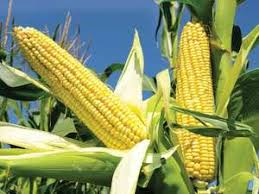 The planting season in 2019 was historically slow due to wet weather several months ago. The storms left millions of acres unseeded and put corn crops that were planted late at a greater risk for damage.  For example, in May, a farmer in Indiana said his corn crop was only 6% planted at the time, but this was the case in most of the Midwestern states as many farmers experienced record flooding across the central United States.

The latest AccuWeather 2019 crop production analysis predicts a significant decline from last year’s corn and soybean yield, as well as a noticeable variation from the July U.S. Department of Agriculture (USDA) estimates.

AccuWeather analysts predict the 2019 corn yield will be 13.07 billion bushels, a decline of 9.3% from 2018 and 5.8% lower than the latest USDA figures. It would be the lowest yield since 2012, a year of a significant drought that saw final corn production numbers plummet to 10.76 billion bushels.

The World Agricultural Supply and Demand Estimates (WASDE) is a monthly report published by the United States Department of Agriculture (USDA) providing comprehensive forecast of supply and demand for major crops (global and United States) and livestock (U.S. only).  On Monday they report their numbers for corn.

I have no idea what the crop yield is going to be when the report is issued on Monday. Big here is a bigger picture of the corn futures on the weekly chart.

So I will repeat, I have no idea what the results are going to be on Monday, but based on the daily chart, the chart suggests, the results will surprise on the upside, pushing prices down, due to price entering a daily supply as I finish this post.