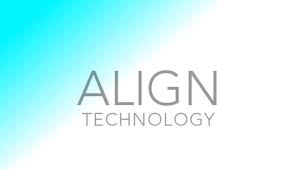 Nine months ago, the stock crashed 25% due to lower average selling prices for the Invisalign clear aligners as a result of the company running promotional programs during the third quarter that included discounts for its clear aligners and product mix changes. The CEO said the promotional programs are temporary, so the current issue seems to be temporary. Nevertheless the stock fell from all-time highs.

This past week, Align Technology announced their second quarter earnings. Despite strong growth in Europe and Brazil, the stock fell big time again.

On top of reporting an earnings miss in the quarter, Align shipped 377,100 of its core Invisalign cases which fell 5,800 units short of expectations. Hogan told CNBC’s Jim Cramer Thursday much of the weakness can be attributed to China.

China is Invisalign’s second largest market and the company hoped to see 70% growth in the second quarter, the CEO told Cramer. But Thursday’s report showed just 20%-30% growth and the weakness is not due to any competitive or operational issues.

“It’s just basically a consumer backlash right now, we feel, from a standpoint of making decisions on going ahead with aligners or not,” Hogan said.

The chart suggests there is more downside risk in the stock, at least to the weekly demand at $166.