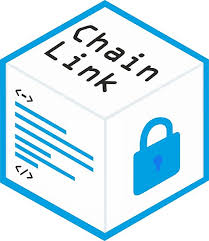 The “Coinbase effect,” where a cryptocurrency’s price surges after its listing is announced on Coinbase, is alive and well for Chainlink. The altcoin highly lauded by speculators surged 117.2 percent three days after its first listing on Coinbase Pro.

The coin saw a 16.3 percent increase 8 hours after its listing on Coinbase Pro, and experienced a 23.5 percent surge 12 hours afterward. Following LINK’s listing on the Coinbase retail platform, the coin surged 34.1 percent; 12 hours following the retail listing it saw a 62.8 percent cumulative jump.

Since the phenomenon was first observed, some sources reported that the Coinbase effect was diminishing. The diminishing impact on price could be attributed to Coinbase’s looser standards for adding digital assets or greater access to reliable exchanges.

Regarding the recent surge in price, what I’m personally anticipating is a traders taking profits and price pulling back.  A very nice entry to go long would be below the $2 level which would represent a 61.8% retracement.  However, the ideal level to go long is at the daily demand at $1.14.