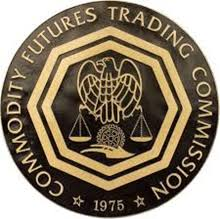 The Commitments of Traders (COT) is a weekly market report issued by the Commodity Futures Trading Commission (CFTC) listing the positions held by commercial traders and the “Smart Money”, the hedge funds and bank institutions in various futures markets in the United States. Since the COT measures the net long and short positions held by speculative traders and commercial traders, it is a great resource to gauge sentiment in the Markets.

In recent weeks gold has hit a six year high and is on the verge of closing above a key psychological level at $1500. Since December, gold is up 15%.  Because of the ongoing trade war between the US and China and now a pending currency war between US and China, Goldman Sachs said last week the risk of a recession is rising. And what is the Smart Money doing, they are rushing into safe havens.

The Smart Money is buying Gold as evidence of open interests increasing, along with the price of gold.

Which has translated into Gold long positions rising for the 9th time in the past 10 weeks.

We haven’t seen this much bullishness in Gold by the Smart Money since 2016.

But this is the chart that does it for me, as it indicates the Smart Money really became bullish on Gold at the beginning of June.

Thus, the chart suggest to go long on Gold during pull backs.