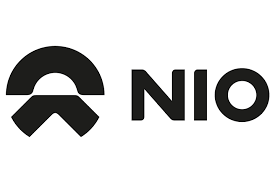 The stock NIO, +5.73%  shot up 6.2% in afternoon trading toward a sixth-straight gain, and the highest close since May 28. Volume swelled to over 76.8 million shares, enough to make the stock the most actively traded on major U.S. exchanges, and nearly double the full-day average of 38.8 million shares.

The stock has now rocketed 45.5% during its win streak, which would be the biggest six-day gain since Nio went public on Sept. 12, 2018.

Nio is the newest Tesla competition and manufactures and markets electric vehicles in China.  Nio already has a vehicle in production and has delivered such models as the EP9, EVE, and ES8 to the market.

However, due to uncertainty around China’s economy, the status of a government subsidy for buyers of electric vehicles and delays in building their own factory, the stock price has declined in recent months. Most recently, in May 2019, China posted the worst ever sales decline and it marked the 11th-consecutive monthly decline in car sales…thanks to the US-China trade war.

Thus, Nio isn’t a buy yet fundamentally and from  a technical standpoint, the chart suggests the buyers must take out the sellers at the weekly supply at before considering Nio a buy.