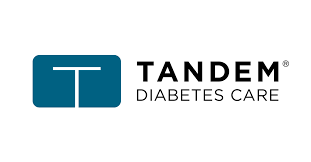 Diabetes is a chronic disease that occurs either when the pancreas does not produce enough insulin or when the body cannot effectively use the insulin it produces. Insulin is a hormone that regulates blood sugar. Hyperglycaemia, or raised blood sugar, is a common effect of uncontrolled diabetes and over time leads to serious damage to many of the body’s systems, especially the nerves and blood vessels

More than 100 million U.S. adults are now living with diabetes or prediabetes, according to a new report released today by the Centers for Disease Control and Prevention (CDC). The report finds that as of 2015, 30.3 million Americans – 9.4 percent of the U.S. population –have diabetes. Another 84.1 million have prediabetes, a condition that if not treated often leads to type 2 diabetes within five years.

Tandem’s t:slim X2 is the smallest durable insulin pump on the market at present and is the only pump in the US market that offers remote software updates. Also, the insulin pump integrates with Dexcom’s G6 continuous glucose monitoring (CGM) system, is the first automated insulin-delivery system approved for use in children as young as six years old.

Tandem Diabetes Care (TNDM) also sells disposable products that are used together with pumps and are replaced every few days.These disposable products are great because they produce reoccurring revenue (think of the disposable razors for the Gillette razor blade…which I hate buying because I know they are overpriced).

Since 2012,Tandem has sold over 72,000 pumps in the US, but 63,000 pumps have been sold in the last four years. In addition, Tandem is also going international to capture opportunities after Johnson & Johnson’s exit from the insulin pump market. This is good because Tandem has penetrated less than 1% of the total addressable diabetes market worldwide.

In recent weeks, Tandem attained Health Canada approval for the t:slim X2 insulin pump with Basal-IQ technology. This approval is expected to accelerate Tandem Diabetes’ global pump shipments and expand its customer base.

But just the other day, Tandem got better news.

With the clearance, the FDA also created a new category for interoperable medical devices, known as an automated insulin dosing system. This diabetes management system has the potential to rival devices from Medtronic (MDT).

The potential to take on Medtronic is a big deal as Medtronic is the 800 lb gorilla in the room. One should keep Tandem on their radar screen and the levels to pay attention to are the weekly zones near $80 and near $45.