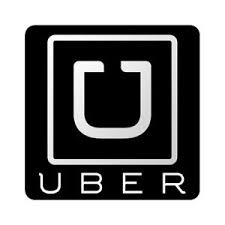 Uber’s story starts more than a decade ago.  Travis Kalanick and Garret Camp were leaving a tech conference in Paris when they couldn’t get a cab. Initially, the idea was for a timeshare limo service that could be ordered via an app with Garret eventually buying the domain name UberCab.com.

Uber was born in 2009 and New York became its test market with three cars in 2010, with the official launch taking place in San Francisco in May.  Travis eventually came on board as CEO in December 2010 and with time grew to become the highest valued private startup company in the world.

Like many startups, there seems to be a culture of almost “anything goes.”  However, if those startups go grow and mature, it eventually catches up with you.  Uber was a perfect example of that.  In February of 2017, a former female Uber engineer blasted the company for its sexist culture in a 3,000-word blog post citing the culture as hostile, sexist and offensive. The post went viral and resulted in some upper managers being let go and/or resigning.  But that was just the start as an investigation, called the Holder Investigation, soon was underway.  The investigation resulted in over 40 recommendations intended to improve the culture.

Kalanick stepped down as CEO and two months later announced that Dara Khosrowshahi, CEO of Expedia (EXPE), would take over.  But it was too late, Uber’s valuation declined from $70 billion to $48 billion.  Kalanick did a great job stabilizing the culture and perception of Uber in the financial markets, so in May Uber made it IPO debut with shares set to price at $44 to $50, given the company an immediate $80 or $90 billion market cap.

In 2018, Uber’s revenue reached $11.3 billion for the year, up 43% from 2017, but encountered operating losses of $3 billion.  They even expressed at one point that they might never generate a profit.

Since Uber went public, the stock has declined by near 33% due to concerns of competition and profitability.  In additional, the lockout period expiring was last week, means that insiders, including early investors and employees, are free to sell shares.  Kalanick sold 53.24 million shares worth roughly $1.46 billion.

So is all the bad news now priced into the stock price, well some folks on Wall Street think so?

Uber Technologies, Inc. (UBER) shares opened sharply higher during Friday’s session before giving up some ground by mid-day. The move came after Stifel upgraded the stock from Hold to Buy with a price target of $34.00 per share.

Analyst Scott Devitt believes that Uber is turning a corner, with signs of sustainable improvements in the fundamentals. He adds that the current valuation offers a more reasonable entry point for interested investors.

Despite these concerns, Barclays analyst Ross Sandler said that Uber was one major announcement away from a positive narrative change heading into the new year.

Now maybe Ube is two major announcements away from a positive narrative change.  Today, London stripped Uber of its license to operate in the city, citing the company wasn’t doing enough to keep passengers safe.  London is Uber’s largest city in Europe with Europe accounting for about 10% of the company’s total revenue.

Personally, I wouldn’t have bite on the upgrade, as I thought it was premature based on what I was seeing on the charts as the chart suggests Uber isn’t a buy until the weekly demand at $34 is breached.