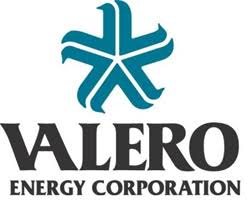 Valero Energy Corporation
operates as an independent petroleum refining and ethanol producing company in
the United States, Canada, the United Kingdom, Ireland, and internationally. The
company is involved in oil and gas refining, marketing, and bulk selling activities.
It produces conventional and premium gasolines, diesel fuels and other distillates.

This past week, Valero
Energy Corp. beat analysts’ expectations in the third quarter, reporting a
profit of $609 million, or $1.48 per share.
It was a better-than-expected quarter despite making $250 million less
in profit than the company reported during the same period last year, when the
company reported $856 million in profit, or $2.01 per share.

Valero also makes ethanol.  Ethanol is made from corn and almost 50% of corn
crop in the US is used to make ethanol.
However, this past Spring into Summer the Midwest was hit with massive
flooding, which lead to record slow planting season for corn.  The end result was corn prices were high, which
is an input cost for Valero, which lead to low margins.

Further, in the third quarter, gasoline cracks declined in the US Gulf Coast, US Midcontinent, and North Atlantic. However, the crack rose in the US West Coast. Diesel cracks also put up a mixed trend.

The crack spread is the one parameter that determines a refiner’s earnings.  The crack spread entails the cost of the raw material input, oil and what the finished product, gasoline, diesel, and jet fuel can be sold for.

Since there are 42
gallons of oil in a barrel, you can multiply this ratio by 42 to get the actual
profit margin per unit. At today’s ratio of .0295, multiplying by 42 gives us
1.24. That means a profit margin of 24% for every gallon of crude oil refined into gasoline.

But during the earnings call, Valero forecasted favorable market conditions for the current quarter, based on improved gasoline and distillate cracks from the lower levels and sour crude weakness resulting from the IMO low-sulfur fuel oil mandate, which goes into effect on January 1, 2020. And this is why Valero broke out after consolidating for the past 10 months.

Thus, the chart suggests there is room for price to run up to $108, which would represent another 9% increase in price.