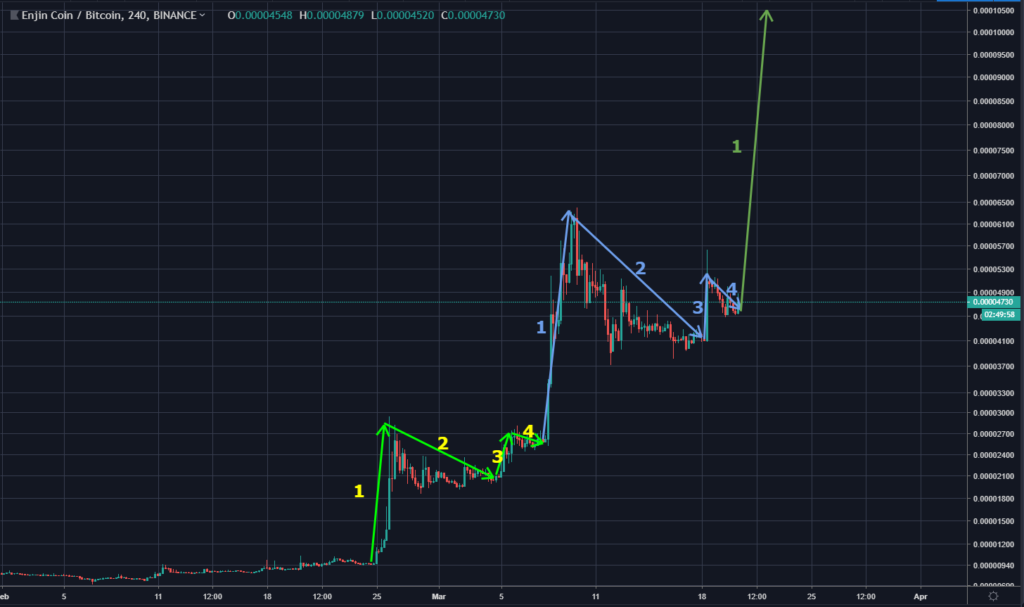 Enjincoin (ENJ) has made remarkable upwards leaps and bounds over the last month, putting even well performing coins such as BNB to shame. So what’s the clever play now? Sell it? Buy it? Hold it?

I’m holding mine. Here is why:

Within a time period of a mere two weeks, ENJ more than doubled in value, not once, but twice!

Three weeks ago (just after the first big climb) I made a comment on someone else’s ENJ post. I was then asked:

“Haven’t you sold ENJ at this price?”

To which my answer was: