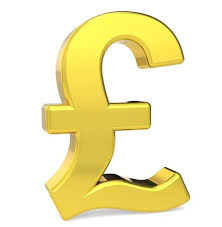 Now it’s newly elected leader of the Conservative party Boris Johnson takes over as the Prime Minister with the goal of executing Brexit.

Johnson, who won the race to the lead country on Tuesday, previously said the U.K. must leave the European Union by Oct. 31 “do or die, come what may.”

“Being a prime minister, things can change, and so maybe we also think about a little bit of an extension to the Brexit negotiation,” Dominic Schnider, head for commodities and Asia Pacific foreign exchange at UBS Global Wealth Management, told CNBC’s “Squawk Box.”

Should Johnson soften his perspective on Brexit, there will be consequences for the British pound, Schnider projected.

“If the market realizes that the hard Brexit probability starts to shrink, I think the pound can come back. So we’re probably going to trade north of $1.30, $1.35, somewhere there,” Schnider said.

The reason the British Pound has been beaten up the last couple of years is due to the uncertainty of Brexit and if Brexit happens, the ramifications it will have on England’s economy.  However, if Brexit doesn’t happen, Dominic Schnider is right, the Pound should rise.  However, in order for it to rise to his target of $1.30, $1.35, the first major test would be the major support/resistance at 1.27000.