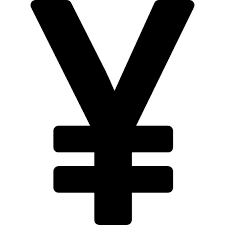 Bank of Japan Governor Haruhiko Kuroda expounded the virtues of negative interest rates Tuesday in comments that will keep market players on high alert that the central bank will take action in October.

Speaking days after a BOJ meeting that raised expectations for additional stimulus to come next month, Kuroda said he was still closer to taking action than he was in July.

“I don’t think we need to rule out cutting negative rates as a policy option at this point,” Kuroda said to reporters in Osaka, following a speech to local business leaders there earlier in the day.

Economists and BOJ watchers are still trying to gauge whether last week’s call for the review is more a signal of looming action or more a delaying tactic.

I think BOJ will lower rates, just like the ECB, the US, Bank of Australia, Bank of New Zealand, Bank of Indonesia and many others are doing as they all face a slowing global economy.  However, although all those other currencies are dropping in value, with the exception of the ugliest prettiest dude at the party, the US Dollar, I anticipate the Yen to continue moving higher.

Like the Swish Franc, the Yen is also safe haven currency as well.  However, because Japan is such a large exporter, over many decades of account surpluses, it has become the largest net creditor to the world. So during times of uncertainty, capital flows out of other currencies and into the Japanese yen, causing it to strengthen.

So where is the Yen headed next, lets go to the charts?

Daily Chart (Entry) – the chart suggests to go long if and once price breaches the daily supply at 0.00912.