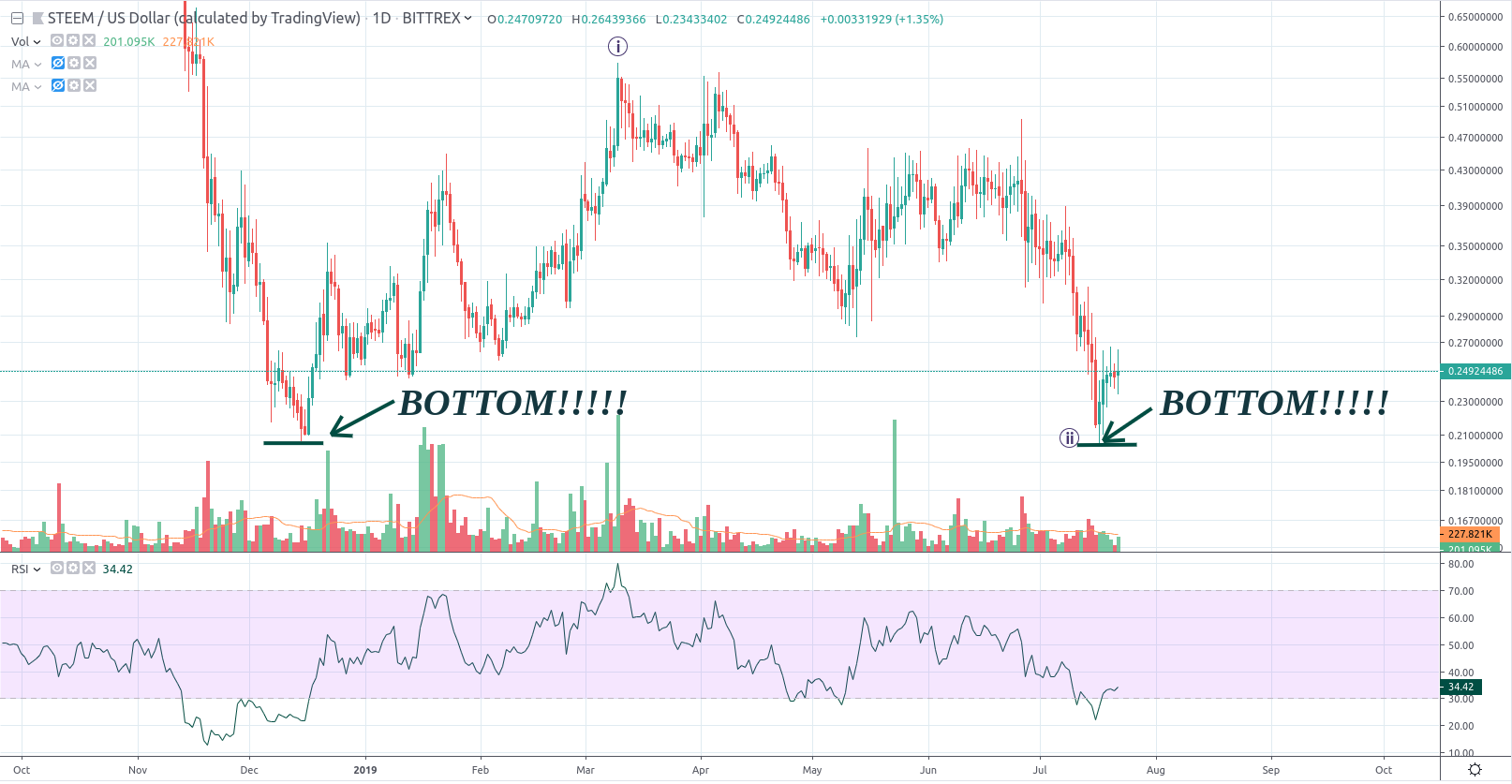 ….and it would indicate something good for the price if STEEM wouldn’t have so much selling pressure from the wales and from @steemit in particular.

A double Bottom pattern is a Bullish Pattern that usually describes a change in trend and a momentum reversal from prior leading price action. It is normally accompanied for a divergence in some of the technical indicators and this is what we see at RSI indicator on the daily chart:

… as I said, if it was any other ALTCOIN I would not have any doubt to claim BULLISH Action on it but we are talking about STEEM which is being really controlled from those that state that STEEM is a decentralized blockchain….

Will see what happens next…in the meantime, I would try to accumulate as much as possible.