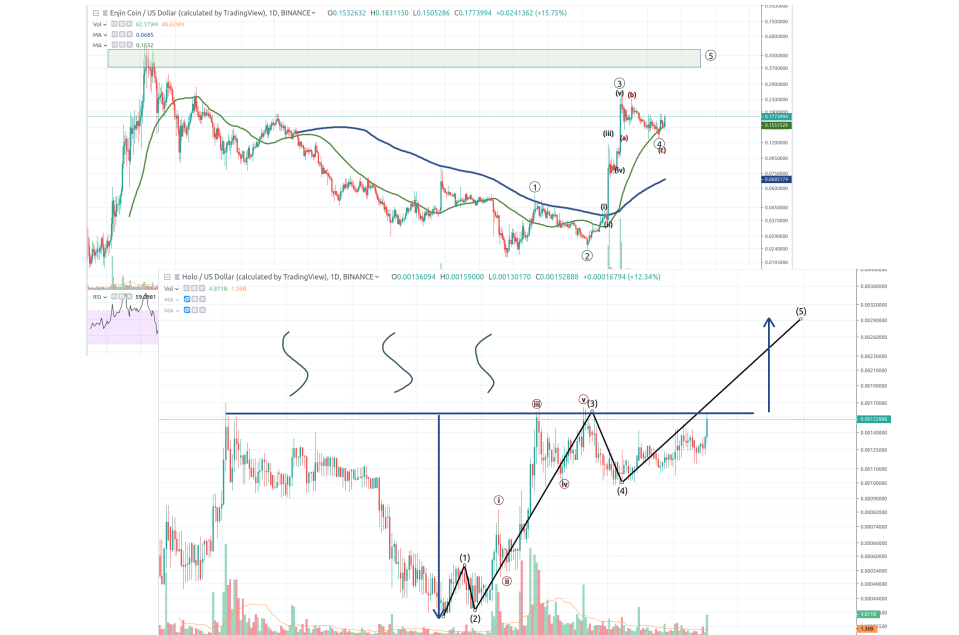 I have spoken already about HOLOCHAIN and ENJIN Coin, I am super bullish with these two projects both of them having a very promising future in my opinion.Despite the erratic movement of the crypto market theses days I think both of them have signals of bullish rise right now.By one side we have ENJIN Coin, token of the ENJIN ecosystem for gaming projects, is really showing a good performance lately.

ENJIN COIN seems to have completed already its 4th correcting wave. Remains one last wave upwards to complete the cycle. I have placed my target close to the All Time High 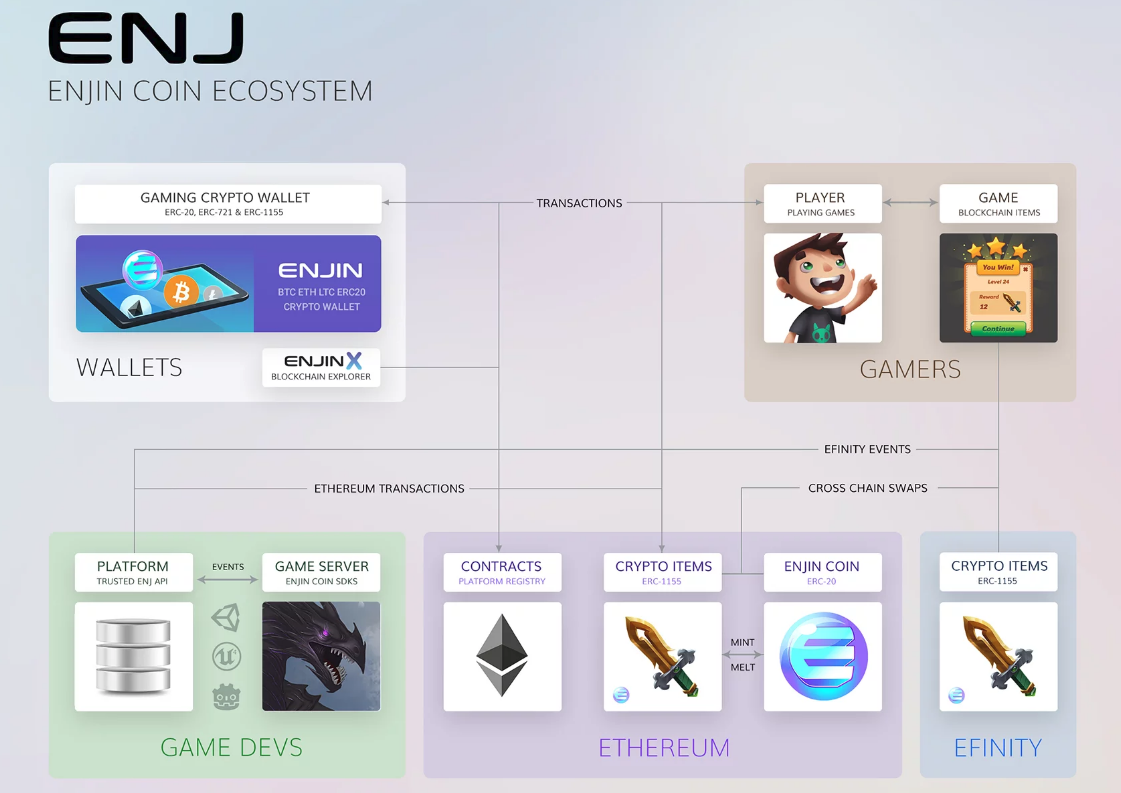 I certainly believe that one of the entry gates of newcomers at the Crypto sphere is by means of the gaming industry. Models as Cryptokitties , Steemmonsters or more recently Drugwars among others are examples of success when talking about attracting new actors to the Ethereum, Steem or Tron blockchains.

However, these examples of games running using somehow partly the power of the blockchain are only a minimum expression of what the gaming industry is able to bring to the cryptoworld.Can you imagine popular games as Clash Royale or Fortnite running in decentralized way using the blockchain?I am sure these applications

Today I’ll say very little. I’ll let Bit Brain of the past do the majority of the talking. But before I start quoting…

This is Enjin Coin today:

Enjin Coin (ENJ) – the little wallet that could, the gaming platform, the inventor of the ERC-1155 token – is moving. Fast! News of the wallet and its capabilities is making big waves, and that’s only the start of this powerful multi-faceted gaming coin!

Now what was I saying about quotes?

“Enjin Coin (ENJ) – Enjin has existed as a gaming platform for several years and is already well respected by the gaming community.