The crowdfund will occur on the 15th of April and it will be held on the TRON blockchain, specifically on the site SeedGerminator. All details on the tiers should be shown there in a few days.
The native token is SEED but purchases with TRX will be possible. (Although apparently purchases with SEED will give bonus rewards)
The reward tiers are yet to be established but according to the announcement we should know them at least 24 hours prior to the launch of the crowdfund.

Im not sure what your best bet for exchanging STEEM for TRX is (@blocktrades doesnt exchange Trx/ has Dogecoin though :D) but i would assume Binance.

There are a few things to consider when deciding to participate in this. While i would generally consider Steem Monsters a safe investment, the fact that TRON is very new to plenty of folks, me included, anticipating the reaction of the TRON community to the project could be proven difficult. Will they dump all the cards, will the demand for cards increase. It is hard to tell sincethey might not be as personally invested into SM as much as STEEMIANS were during their first crowdfund.

Another thing to consider (if youre going into this with a speculator mindset) is the bull market that is apparently at hand. If STEEM price goes up drastically, you might find yourself losing some STEEM due to the wait period between the time you spend your STEEM and the time you get the cards. If STEEM goes up in price, the card prices will also go up to a point. The problem is that Steem Monster cards are tied to fiat in value which means that at one point it becomes a much better deal buying packs then spending money on the market, which leads to increased supply of the cards and a price drop.
I would also like to add that the danger of this happening isnt that high in my opinion.

From the information i got from Yabapmatt, apparently we will be getting the card packs within a couple weeks after the crowdfund and the promo cards a couple months later, once the new website is built.

Do your research and STEEM on! 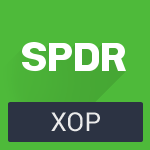 Two weeks ago, I discussed a great way to play the rise in oil was through the ETF, XOP:

A Great Way To Play Oil Higher Is Through The ETF, XOP

Oil prices (WTI) hit $60 on last week and is now up 30% year-to-day. One week ago, OPEC canceled their planned meeting in April, effectively extending supply cuts that have been in place since January until at least June. Prices have been further supported by U.S. sanctions against oil exports from Iran and Venezuela.One way to get involved with oil is through the SPDR S&P Oil & Gas Exploration & Production

The crypto band continues to stretch and many other crypto’s are striking first. Bitcoin is currently trading around $4200, however as the band stretches one can see the gravitation towards the massive breakdown area at $6300. This is pivotal because I can see the market forces taking prices there before analyzing the overall fundamentals and market conditions again deciding where to go forward. The breakdown area is a pivotal point where buyers threw in the towel and sellers pressed. This works in reverse as well. Now the sellers are on the run and the bulls need to show up. 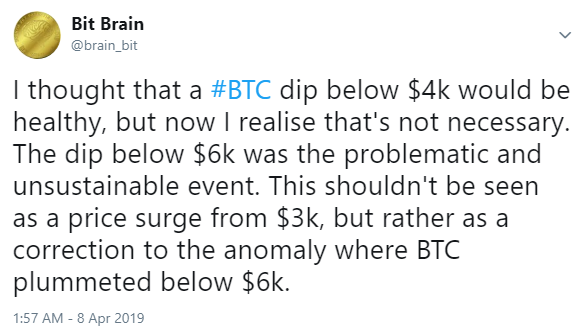 Since my BTC post of 6 April “BTC – movements and signals – 06 April“, I’ve fleshed out my theory of BTC price movement in the months to come. Since I seem to be sharing that information sporadically in the comments sections of various platforms, I’d rather combine it all into one coherent post and share it with everybody.

I won’t say that I now consider those to be wrong, in fact the 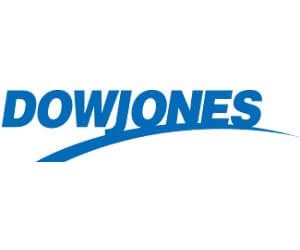 It’s been almost three weeks since I last spoke about the DOW.  In

I talked about the Fed Powell leaving interest rates unchanged and for the first time since 2007, the three month bill vs. the 10 year note inverted.  I talked about the thought of the fundamentals finally catching up with the technicals and how the daily demand at 24900 was still in play, despite the potential triple top.  In this case, the triple top was being supported by the daily supply at 26550 which was within a monthly supply, so the chart suggested 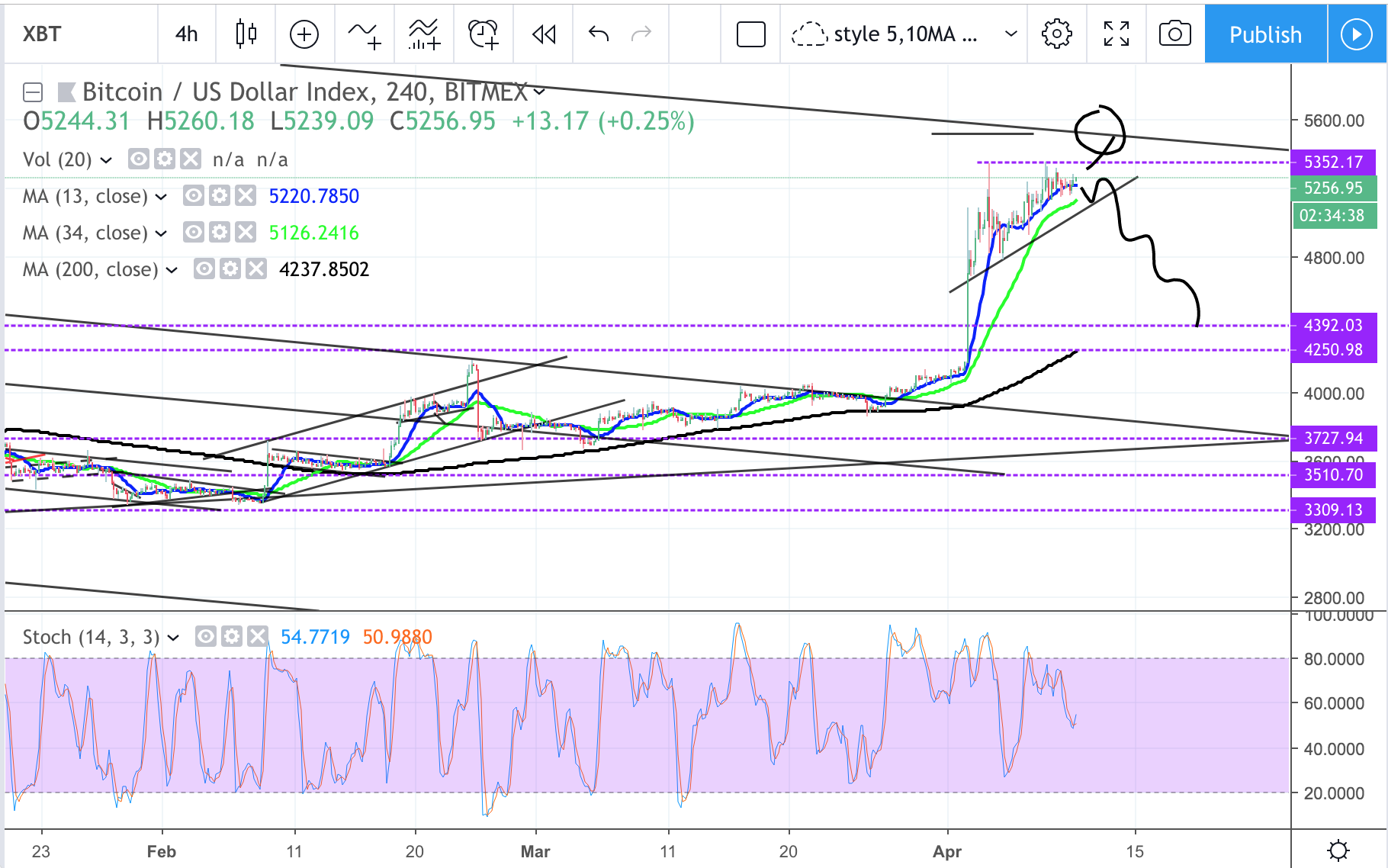 The Philippines is catching up to Japan with a growing number of approved cryptocurrency exchanges. The central bank has green-lighted 10 crypto exchanges so far. Meanwhile, one of the country’s largest banks now has a bitcoin ATM at one of its main branches. In addition, the Cagayan Economic Zone Authority has independently licensed 24 crypto exchanges.

“When they sell their bitcoin, users will be able to withdraw the money they made in the transaction from the ATM directly. You have to be a UBP account holder and have a crypto wallet (like Coinsph), users who do not have a UBP account can open one in the Ark where the ATM is located”.

?The Unbelievable Brilliance of Binance

Binance, I would argue, is emerging as the case study for growing a cryptocurrency business, a success that’s much needed in a community that spends too much time talking up the potential of its technology and too little time analyzing viable go-to-market strategies that can drive the technological sea change we foresee.

In that regard, I think the market is only just beginning to understand just how visionary Binance is and what its success – in terms of market timing and product impact – says about something we all are striving to find: a model for building scalable and impactful cryptocurrency businesses.

The United States subsidiary of major European crypto exchange Bitstamp has been granted a virtual currency license from New York state’s financial regulator, according to an official press release from the New York Department of Financial Services (NYDFS) on April 9.

The license, known as a BitLicense, has been awarded by the NYDFS to Bitstamp USA Inc., a subsidiary of the Luxembourg-registered exchange.

According to the press release, the development makes Bitstamp USA reportedly the nineteenth firm to receive the department’s green light to conduct digital currency operations in New York state. As Reuters today reports, Bitstamp Europe SA was granted a payment institution license back in 2016, which authorized its operations across all 28 EU countries.

Crypto investment firms in China have turned to lending for a steady revenue stream to get through the bear market, including Bixin Capital, FBG Capital and Dong Zhao’s DGroup.

Each of these firms currently holds about $15 million worth of outstanding loans originated over the last five months.

Although most of these lenders don’t directly deal with Chinese yuan, they see borrowing demand domestically from retail investors, trading desks and cryptocurrency miners.

The head of the largest organized creditor group representing the former users of failed bitcoin exchange Mt. Gox is stepping down amid what he described as a protracted legal quagmire that could take years to resolve completely.

Andy Pag, the founder and coordinator of Mt. Gox Legal, told CoinDesk in an exclusive interview this week that he now believes ongoing legal issues – in particular, a single massive claim by startup incubator and former Mt. Gox partner Coinlab – may hold up the crypto exchange’s civil rehabilitation process for up to two more years.

Pag, who started Mt. Gox Legal roughly 18 months ago with the intent to advocate for the reimbursement of creditors, first revealed his opinion of the expected timeline in a private forum post last week, obtained by CoinDesk, which told creditors he would be stepping down from his role as coordinator at the end of the month.

“We will be launching our #marketplace 10 april or earlier.”

Join us for the launch of Murmur 2.0, the app will feature faster timelines, Murmur games, video uploads and more.

Not so bad today. Yes we had a correction but if you look well, we didn’t really break the support line for a long time and we are even now upper than this line. Let’s see what will be done in the coming hours but a UP break out would be nice to have to confim a bounce from that support line.

You don’t want to miss a Crypto news?Follow me on Twitter or FacebookJoin SteemFollower and get Upvotes baPosted from my blog wi

Tending the fire.. With the plastic rake?!

Prompt / Theme: How do you define old? Is food old when it’s been in the fridge for a day? A house that was built 30 years ago? Explain 🙂

Winners will be chosen randomly after post payout. If you would prefer a certain prize, please specify in your response, otherwise I’ll decide for you 🙂